With an extraordinary vision, Jessica Minh Anh created an illusion of models walking on water by having guests seated facing the multifaceted glass windows and watch models walking in front of them while the boat was cruising. As a result, architectural wonders such as the Eiffel Tower, Notre Dame, Louvre, and the 37 bridges became the natural backdrop for the unique catwalk.

Closing the show with modern luxury and a bold statement, Filipino representative Sari Lazaro introduced her “Royal secret garden” collection, which celebrated impeccable craftsmanship, beadwork, and embroidery techniques. Marrying dramatic laser cut details on luxurious silks and soft flowing tulles and laces, the designer stirred up romance, mystique, and new age flairs. Saving the best for last, the finale design worn by Jessica Minh Anh was every inch portraying modernised royalty. With a special 3-dimension skirt, the striking couture dress highlighted Jessica Minh Anh’s perfect waistline while enhancing her charismatic and powerful presence. The collection triumphed the Far East’s captivating and enchanting fashion, which has been penetrating and harmonising with the Western world.

GETTING OVER THE FLOODED 2016

The great success of J Winter Fashion Show 2017 was even more rewarding and well received considering Jessica Minh Anh’s 2016 river catwalk was affected by a heavy flood on the Seine. “We informed her 3 days before the show that she had to move it to a week later, and again 3 hours in advance on the new date that the boat would not move. She was calm, positive and very decisive. She impressed us all. ” said Marco Goncalvez, Director of Operations, Bateaux Mouches. The model had the boat positioned at the angle where the Eiffel Tower was the most visible, and went on to produce one of the best catwalks to date. It was not the first time Jessica Minh Anh was proved an effective problem solver, as she also saved her epic catwalk at Gemasolar power plant the year before after an unexpected and destructive storm. As Madame Figaro stated “With Jessica Minh Anh, nothing is impossible”

J Winter Fashion Show was supported by Montblanc, Elizabeth Arden, ESHK UK, Bateaux Mouches, DOT Laser UK, ProPress UK, and Belmont Hotel Paris. The high profile event included a VIP red carpet entrance, the iconic runway, and the VIP party with drinks, canapés, and live music on board Le Jean Bruel. The flawless production marked a new era in Jessica Minh Anh’s fashion world domination, as she increases her number of shows per year to 4. We shall wait with excitement for her next catwalk announcement, expected in April 2017.

The Vietnamese born, Russian raised, and Paris-based fashion model and catwalk producer gained her formal education in IT in Malaysia and PR in the United Kingdom before transforming London’s Tower Bridge into the world’s newest catwalk. Besides her mind-blowing productions at iconic monuments including the Eiffel Tower, PETRONAS Twin Towers’ Sky Bridge, Grand Canyon Skywalk, One World Trade Center, and Gardens by the Bay’s Skyway, Jessica Minh Anh is known for her “catwalks on water” on the Hudson river and Seine river, as well as her “sky-high ocean catwalks” on the sun deck of international cruise ships in Sydney, New York, and Dubai. Jessica Minh Anh’s most visually attractive project, besides the Grand Canyon Skywalk, is her runway in the middle of a solar power plant in Spain as she added technology into her long list of catwalk elements. 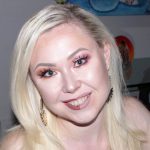 More from this Author

Matcha Tea for Energy and Metabolism Support: Another Awesome Product!